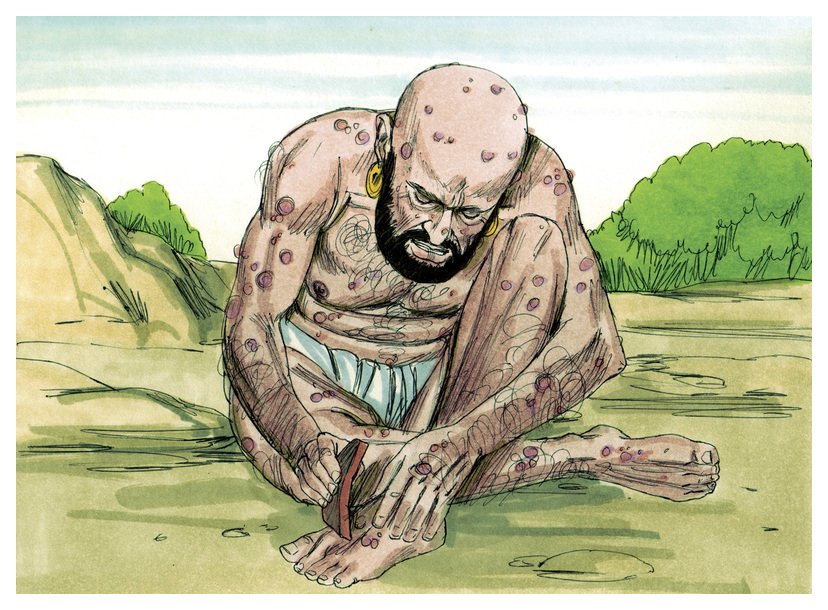 Job sitting among the refuse on the ash heap scraping his oozing sores with a potsherd is an affront. He is an affront to our mental image and expectation of a man described as “blameless and upright, one who feared God and turned away from evil.” Good people aren’t supposed to end up like that.

The book of Job is an affront, an open challenge to much of the rest of the Bible. The expectation that righteousness leads always to blessings, that the good are rewarded and the wicked are punished is directly challenged by the Book of Job. The theology of Deuteronomy, which under-girds the historical books in the Old Testament holds with Moses that if the people keep the commandments of God then God will bless them with prosperity and plenty, but if they fall short, if they worship other gods and do evil then God will punish them. And so the whole story of Israel’s history is told through that perspective – when their kings did the right things they prospered but when they followed other gods and turned away from God’s commandments they suffered. Their disobedience ultimately led to the exile in Babylon. In Wisdom literature, the Psalms and especially Proverbs the same theme predominates for individuals. An individual who leads a blameless life will be blessed with long life, wealth and children. An evil person will come to an evil end.

The Book of Job begins with the image of a blameless and upright man. In the heavenly council God brags on Job: “Have you considered my servant Job? There is no one like him on the earth, a blameless and upright man who fears God and turns away from evil.” “Satan,” not the devil with a pitchfork, but an archangel in the heavenly council who acts as prosecuting attorney, literally “the accuser,” challenges Job’s righteousness. The first challenge in Job 1 is to take away all Job has – his possessions, his wealth, even his children – then Satan predicts he will curse God. Job loses everything but still he is able to proclaim, “the Lord gave, and the Lord has taken away: blessed be the name of the Lord.” In today’s reading Satan – the accuser – isn’t satisfied. “Skin for sin,” he says take away his health and Job will curse you to your face. So Job is afflicted with loathsome sores from the crown of his head to the soles of his feet, but still he refuses to curse God.

We will continue to journey with Job over the next few weeks in our lectionary readings. But from the perspective of the beginning of Job we are reminded quite poignantly that innocent people do suffer.

There is certainly truth in Proverbs and Deuteronomy. Righteousness does lead to blessing. Chasing after all the wrong things will usually lead us to trouble in the end. Goodness can be its own reward. But it is equally true that sometimes evil people prosper and good people go hungry. There is no guarantee. Job stands in sharp rebuke to the simplistic morality that says being good and doing the right thing will always lead to success and well being. It ain’t necessarily so.

How many of you have been sick, or suffered a serious setback, or were wronged, or hurt by circumstances that were entirely no fault of your own? Had the people on the island of Palu in Indonesia, recently hit by a devastating earthquake and tsunami, done anything to deserve such horror and suffering? How about the hundreds of thousands of women who have been victims of rape in the war still raging in the Congo? How about the tens of millions of refugees throughout the world forced out of their homes as a result of war? I suspect that each one of us has had painful times in our lives when we were hurting, when we were down, or sick, full of despair, disconnected, lost, alone. We may or may not have been entirely innocent, but when you’re hurting all that matters is your need for help and health and well being. So, the innocent suffering of Job, is a story most of us can relate to.

We have a very different image of Jesus in our Epistle lesson from the Letter to the Hebrews. Jesus is pictured on a throne at the right hand of the Majesty on high. Jesus is God’s spoken Word. “He is the reflection of God’s glory and the exact imprint of God’s very being, and he sustains all things by his powerful word. When he had made purification for sins, he sat down at the right hand of the Majesty on high.” I picture the Eastern Orthodox image of Jesus sitting on the throne in majesty. The image is typically painted as a fresco in the dome of an Orthodox church; Jesus is seated in majesty holding a book in one hand and offering the sign of blessing with the other. His throne is upheld by the four cherubim and countless angels. The Te Deum, an ancient Christian hymn, is sung to Jesus seated in glory. Join me in speaking it (BCP, p. 95)
You are God: we praise you;You are the Lord: we acclaim you;
You are the eternal Father:
All creation worships you.
To you all angels, all the powers of heaven,
Cherubim and Seraphim, sing in endless praise:
Holy, holy, holy Lord, God of power and might,
heaven and earth are full of your glory.
The glorious company of apostles praise you.
The noble fellowship of prophets praise you.
The white-robed army of martyrs praise you.
Throughout the world the holy Church acclaims you;
Father, of majesty unbounded,
your true and only Son, worthy of all worship,
and the Holy Spirit, advocate and guide.
You, Christ, are the king of glory,
the eternal Son of the Father.
When you became man to set us free
you did not shun the Virgin’s womb.
You overcame the sting of death
and opened the kingdom of heaven to all believers.
You are seated at God’s right hand in glory.
We believe that you will come and be our judge.
Come then, Lord, and help your people,
bought with the price of your own blood,
and bring us with your saints
to glory everlasting.
Aah, but how did Jesus get to be up in the throne in heaven? How did he come to sit at the right hand of the God’s Majesty? The author of Hebrews writes that, “it was fitting that God, for whom and through whom all things exist, in bringing many children to glory, should make the pioneer of their salvation perfect through sufferings.” Jesus’ journey to that throne took him through great suffering. Before our Lord was seated in majesty he first shared the ash heap of suffering with Job – another righteous and blameless man. Hebrews describes Jesus as a pioneer, someone who goes in front, who prepares the way for those who are to follow.

In 1803 Meriwether Lewis and William Clark began an expedition to explore the new Louisiana purchase and the Northwest all the way to the Western Ocean. Their three-year journey up the Missouri River, across the Rocky mountains and down the Columbia River to the Oregon coast and back complete with maps, descriptions and treaties with Indian tribes they encountered along the way opened up the Northwest to a vast American migration. Lewis and Clark were great American pioneers.

Jesus is also described as a pioneer. He led the way. He blazed the trail. He opened up new territory for us human beings to discover. Jesus was God’s living Word spoken in human form. He who is the “reflection of God’s glory and the exact imprint of God’s very being.” For a while he was made lower than the angels – a mortal like you and me – in order to show us the way. Jesus fits God’s description of Job, “like no one else on earth, a blameless and upright man who feared God and turned away from evil, who persisted in his integrity,” Jesus shared in Job’s and our suffering. He “tasted death for everyone.” On the cross Jesus shared our brokenness, our suffering, our pain, our loneliness, our despair, our poverty, our sickness, our fears, all our hurts and ultimately he shared our death. And then God raised him to the right hand of the Majesty on high.

Jesus the pioneer blazed the trail for us to follow to God. He shared our brokenness and sorrow. He touched you and me and every human being who ever has or ever will walk this earth. He touched us in our most vulnerable places. He shared our pain. He tasted our death. And now he leads the way for us to be with God. He is the way. His life – the Gospel – is the map. On that heavenly throne he now claims us as his brothers and sisters and welcomes us into his beloved family.

Following his life is the way of sanctification, of being made holy. The trail he blazed is a way of transformation and discovery. We become new people – a new creation for whom everything has become new. We become a family who love one another, who worship and study and become a new kind of humanity together as we share community in Jesus’ name. We are called to share his love, to serve as he served, to give to others as he gave freely of himself. The new land where Jesus brings us is a place of awe a place of wonder, love and praise.

He did not take away our hurts. He did not heal all our sickness. He does not restore all our prosperity. But he is with us – even when we are broken and hurting like Job on the ash heap. He gives us power to live in a new way. It’s a long journey but like a pioneer he has blazed the trail that leads to glory. He leads us to that glorious place, but at the same time he is with us always. 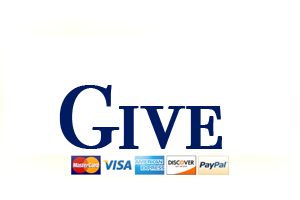