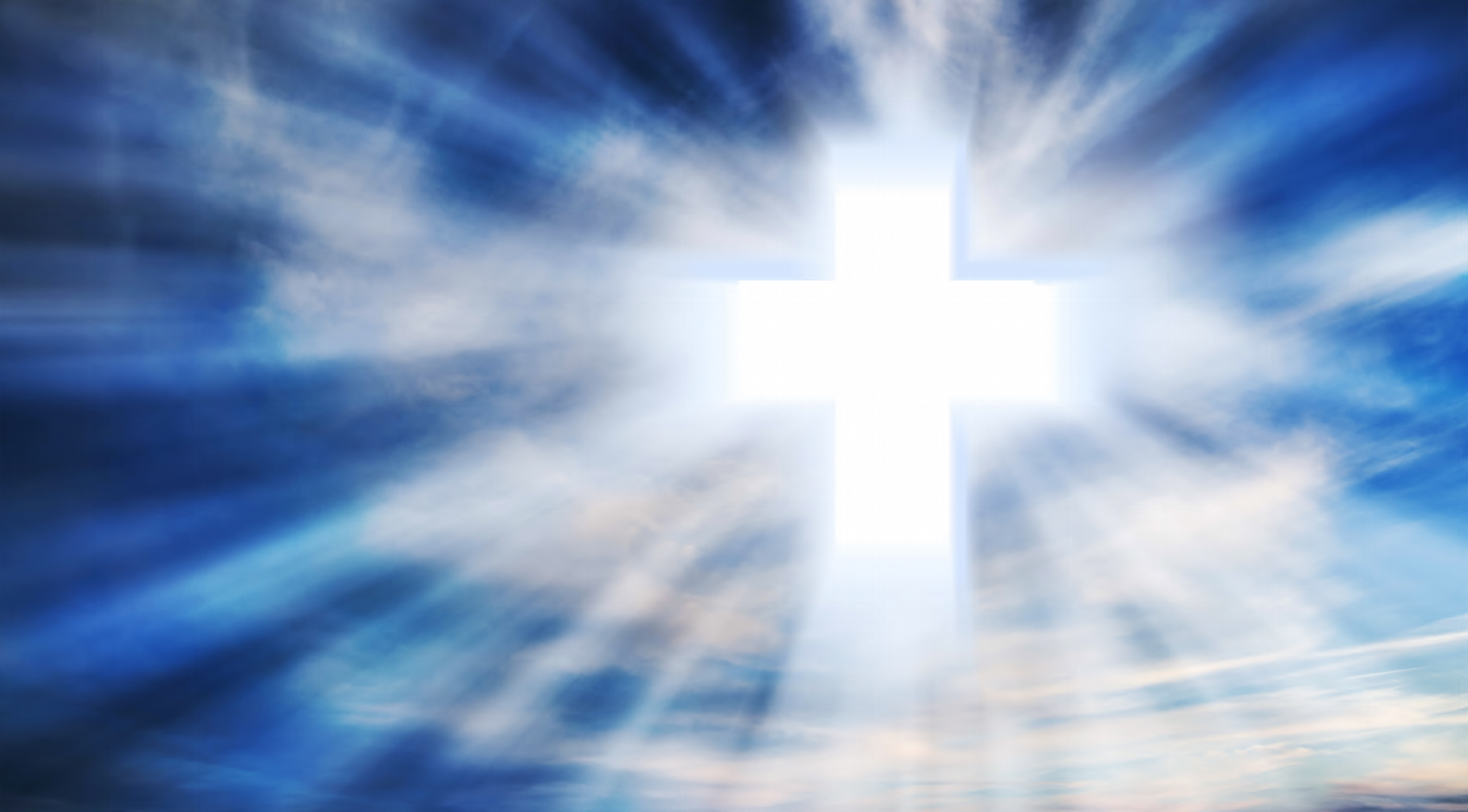 Happy Easter and April Fool’s Day! The last time Easter and April Fool’s Day coincided was back in 1956 and it won’t happen again for another 19 years. When I looked at the calendar and realized that April Fools Day, fell on Easter Sunday I realized that my choice of the Gospel lesson for this day had to be from the Gospel of Mark. There are four Gospel accounts of Jesus’ resurrection but only three years in the liturgical cycle of readings, so there’s a choice on Easter each year between the Gospel predominantly featured that year (Mark in this, year “B”) and the Easter story from the Gospel of John. The Easter account in John is well written, full of interesting detail, intensely personal and tells the Easter story much as we expect to hear it. There are interesting details about Peter and John and of Mary Magdeline, who is the first disciple of Jesus to actually encounter the risen Lord. The Easter account in the Gospel of Mark by contrast is sketchy at best, full of darkness and confusion, and particularly frustrating for the way it concludes: “So they went out and fled from the tomb, for terror and amazement had seized them; and they said nothing to anyone, for they were afraid.” (Mark 16:8) Although several different endings have been tacked on to Mark over the centuries, scholars agree that the original Gospel ended there in Mark 16:8. Is that any way to end a Gospel? The Greek is even worse than the English translation for the actual last word that ends the Gospel is a preposition, “Gar,” meaning “for.”

Now I may sound disparaging about the Gospel of Mark, but really Mark is my favorite of the four Gospels. From the very first chapter of Mark there is a constant sense of surprise and mystery about Jesus. Mark lays it out clearly in the first sentence: “The beginning of the good news of Jesus Christ the Son of God.” But then no one in the Gospel story itself seems to have any idea what that first sentence means. The crowds are amazed. The disciples are amazed. Jesus does all sorts of wonderful and amazing things. But none of them gets it. Every time Jesus heals someone or casts out a demon or speaks with authority, they stand with their mouths open wondering “who is this guy?” Only the demons, who recognize in fear and trembling that Jesus is the Holy One of God, understand. But Jesus silences them and casts them out. So, in the first half of the Gospel of Mark, the predominant theme is what scholars call “the Messianic secret.” The reader knows who Jesus is, but no one in the narrative seems to grasp it. Then, right smack dab in the middle of the Gospel, Jesus asks his disciples point blank who they think he is. Well, some say he’s like a prophet of old and some say he’s the new emergence of Elijah and some say he’s John the Baptist come back to life. Finally it’s Peter who proclaims in Chapter 8:29 that Jesus is the Messiah. But the next minute Jesus calls Peter “the Devil,” because Peter doesn’t want to even hear Jesus talk about suffering and dying.

And so for the next 4 chapters in Mark Jesus teaches them about the meaning of discipleship, that the true way to follow Jesus is through serving others. They never seem to understand. Then we come to Jesus’ crucifixion. All the people we would expect to stand by Jesus abandon him. One of his chosen 12 betrays him. The other disciples flee. Peter, who had promised that he would never abandon or deny Jesus, denies three times even knowing him. The only one who speaks with faith at Jesus’ crucifixion is an outsider, a Roman Centurion who, on witnessing Jesus’ death, proclaims “Truly this man was God’s son.” (Mark 15:39)

Which brings us to the Easter narrative we just heard. It’s dawn and the faithful women who followed Jesus throughout his ministry have come to the tomb to anoint his body. Their biggest worry is who will help them roll away the heavy stone that seals the tomb. But when they arrive the stone is already rolled away. They enter the tomb and find an angelic visitor telling them that Jesus is not there, but is going ahead of them to Galilee. And then these faithful women flee in terror. Is that any way to end a Gospel? Doesn’t it sound more like an April Fool’s joke than the good news of Jesus Christ the Son of God? Why do the women flee in terror instead of sharing the good news with Jesus’ disciples as the Angel asked them to do? It appears that they would have been more comfortable caring for Jesus’ dead body than hearing the disconcerting news that Jesus had risen from the dead. The Gospel of Mark is truly the right Gospel for April Fool’s Day.

What is going on here? Why are the women, as the angel in the tomb asked them, seeking the living among the dead? Why is everyone in Mark’s narrative afraid? Why does no one expect, as Jesus had repeatedly told them, that he would die and then rise from the dead? Why are they not dancing with joy at this good news? What is Mark trying to tell us?

Perhaps we’re so accustomed to speaking of Jesus as crucified and risen that his resurrection from the dead is no longer shocking or surprising to us? But can you imagine visiting a friends grave – a friend you saw die – only to find the tombstone knocked over and an open, empty casket with a bright heavenly messenger telling you your friend was not there, but that he or she had risen from the dead? You might be pretty scared too. What might your friend’s resurrection mean? What might it change for you?

The angel tells the women, “tell his disciples and Peter that he is going ahead of you to Galilee; there you will see him, just as he told you.” What do you think Jesus was going ahead to Galilee to show and tell them?   Well, there are two places, one in Matthew and one in John, where the disciples meet the risen Lord in Galilee. In John 21 the risen Lord appears on the shore of the Sea of Galilee while the disciples are out fishing. Jesus makes a charcoal fire, helps cook some of their fish and tells Peter 3 times that if he loves Jesus his job is to feed his sheep. And in Matthew 28 Jesus commissions his disciples to go into all the world and encourage all races and cultures to be followers of Jesus.

All the way through the Gospel of Mark Jesus’ followers misunderstand him. He keeps turning their world and their expectations upside down. They want to be important leaders and Jesus tells them that the one who makes himself least of all and the servant of all is the truly great one in God’s Kingdom. They want heavenly rewards; Jesus shows them the life of self-sacrificial love. They want glory; Jesus explains that “anyone who wants to become my followers, let them deny themselves and take up their cross and follow me. For those who want to save their life will lose it, and those who lose their life for my sake, and for the sake of the gospel, will save it.” (Mark 8:34-35) Maybe what Jesus wants his chosen followers to go to Galilee and discover is their true calling as his disciples. Maybe his resurrection is an opportunity for his followers not to triumph and glory in Jesus’ victory so much as to emulate his death, by giving up their own self-importance, taking up their cross, dying with Jesus in order that they might rise with him to a life of service and self-sacrificial love.

What about us? Is there any possibility we might misunderstand Jesus and his mission? Might we ever be tempted like the 12 to run away when things get difficult? Do his modern day followers ever twist his message about love and acceptance into one of exclusion and judgment? Are we ever tempted to skip the carrying of our cross, dying to self and service of others and wanting to go straight to blessings? Are we ever so self-satisfied that we find Christ more in platitudes than in the faces of the hungry, the lonely, the poor and needy ones he calls us to serve? Might Jesus’ challenge to the expected order of this world, his turning everything expected – even death – upside down, be terrifying? Then the angel’s message is to us. He goes ahead of you to Galilee, to the places where your life and struggles are lived. There you will meet him. There as you die with him you will rise with him to the new and resurrected life of joy and hope and love and service.

The Apostle Paul, who tradition says was an associate of Mark, wrote in 1st Corinth 1:18 that “the message about the cross is foolishness to those who are perishing, but to us who are being saved it is the power of God.” He went on to say in verse 23-25 “we proclaim Christ crucified, a stumbling block to Jews and foolishness to Gentiles, but to those who are the called, both Jews and Greeks, Christ the power of God and the wisdom of God. For God’s foolishness is wiser than human wisdom, and God’s weakness is stronger than human strength.” So, maybe April Fool’s Day isn’t such a bad day to combine with Easter. Maybe Easter makes Jesus’ followers look like April fools to the world when we proclaim a dead and risen Lord and follow him not in a life of grandeur but in a life of service.

On Easter Sunday we may not be looking for the foolishness of the cross, but that’s what Jesus went ahead of his disciples to show them. As Paul wrote to the Philippians,

Let the same mind be in you that was in Christ Jesus,
who, though he was in the form of God,
did not count equality with God
as something to be exploited,
but emptied himself,
taking the form of a slave,
being born in human likeness.
And being found in human form,
he humbled himself
and became obedient to the point of death -
even death on a cross. (Philippians 2:6-8)

The foolishness of Christ may not be exactly the message of Easter lilies, springtime and joy that we all came to Church this Sunday to find. But it is – as Mark shares with us this Easter Sunday and April Fool’s Day – the good news of Jesus Christ, the Son of God.