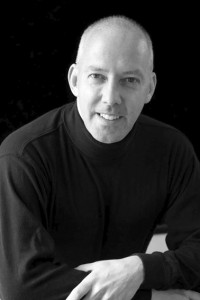 Chris Shepard has been Director of Music at St John’s since the fall of 2011. He has long experience as a choral conductor, church musician and keyboard player, with a special emphasis on the choral music of Johann Sebastian Bach. He founded the Sydneian Bach Choir and Orchestra in Sydney, Australia, and was music director of BACH 2010, a project to perform all of Bach’s choral cantatas. Under his direction, the ensemble performed over eighty cantatas, as well as the two Passions, the B Minor Mass, and the Christmas Oratorio. A Sydney reviewer wrote of the cantata series that “these well-attended events, using a fine choir and perceptive soloists, are high points in our musical terrain.”
In addition to the music of J.S. Bach, Chris has conducted many staples of the choral-orchestral repertoire, and he has commissioned and premiered a number of new choral works in both Australia and America. In addition to his work at St John’s, Chris serves as Music Director of the Dessoff Choirs in New York City and the Worcester Chorus in Worcester, Massachusetts, the third-oldest community choir in America. He has been a guest conductor and continuo keyboard player throughout the world, including recent appearances in Australia, Mexico and Israel.
A committed music educator, Chris was guest choral director at the College of the Holy Cross from 2011 to 2013. From 1996 to 2008, he served as Director of Music at Sydney Grammar School, one of Australia’s most prominent high schools, and before moving to Sydney, he led the choral program at the Taft School in Watertown, Connecticut. Since 2004, Chris has been Music Director of the Hotchkiss Summer Portals Chamber Music Program, an intensive chamber music program for advanced young players and singers.
Chris holds a Ph.D. in Musicology from the University of Sydney, where his dissertation focused on the performance history of Bach’s B Minor Mass in 20th-century America. He also holds degrees from the Hartt School and the Yale School of Music, where he studied choral conducting with Marguerite Brooks. Chris was awarded the 2012 Julius Herford prize for outstanding dissertation in choral music by the American Choral Directors Association.