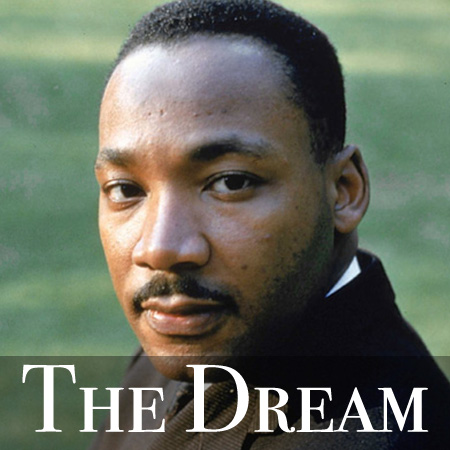 “The Word of the Lord was rare in those days.” Old Eli, the priest who resided in the Tent of meeting at Shiloh, had grown old. He either didn’t see or refused to look at the way his own sons were perverting justice in the very presence of the Ark of the Temple. He no longer judged the nation with vigor or saw the many ways that Israel was failing.

The word of the Lord was rare in those days – 1963. Jim Crow laws, formally dividing the races and legally enshrining inequality, were the law of the South and had been for over 60 years. Lack of economic opportunity and segregation made things in northern cities not much better. As Martin Luther King, Jr. observed in his most famous speech.

100 years after emancipation from slavery “the life of the Negro is still badly crippled by the manacles of segregation and the chains of discrimination.”

In each of these cases a dream helped lead to new vision and new possibility. The boy Samuel lay down to sleep in the Tent of meeting and heard someone speaking to him in a dream. He didn’t realize that he was hearing God speaking to him. And so he ran to the old Priest and said, “here I am, for you called me.” Three times this repeated until the third time old Eli, still a priest who was able to recognize something of what God was up to, was able to advise the boy, “Go lie down; and if he calls you, you shall say, ‘Speak, Lord, for your servant is listening.’” The boy lay down and this time when God spoke he listened to what God was saying. It was a harsh word of prophecy and God did indeed punish the house of old Eli and his wicked sons. But at the same time the boy Samuel grew as someone who heard the Word of the Lord. In time Samuel came to lead Israel. He anointed Saul and then later David as King to lead Israel to become a great nation.

In 1963 the Civil Rights movement was in full swing, but people who were well off and not hurting themselves didn’t want to hear it, didn’t feel the need to change or rock the boat. On the 100-year anniversary of the Emancipation Proclamation the leaders of the Civil Rights movement planned a massive protest march on the nation’s capital to demand equality of rights. President John F. Kennedy tried to persuade Martin Luther King, Jr. to be patient, to wait, because the time wasn’t right. But King and the leaders of the movement wouldn’t agree. The time was never convenient. A quarter of a million people marched to the Lincoln Memorial. There were many speeches that day, but it was the last speech by Dr Martin Luther King, Jr. that was most influential and is still remembered to this day, I have a dream!

When King got up to speak he still wasn’t sure exactly what he was going to say. He had asked his advisors for advice on the address and had gone through multiple edits. As King got up to speak the beloved gospel singer Mahalia Jackson said, “Tell them about the dream Martin!” She had heard him speak about his dream to students at a High School in North Carolina, but there was nothing about a dream in the manuscript he held in his hands. His most famous lines from his most famous speech were improvised.

(Mid-way through the speech, he said:)

Even though we face the difficulties of today and tomorrow, I still have a dream. It is a dream deeply rooted in the American dream. I have a dream that one day this nation will rise up, live out the true meaning of its creed: “We hold these truths to be self-evident, that all men are created equal.”

In the waning days of the 20th century, a poll of more than 100 scholars of public addresses ranked Dr. King’s “I Have a Dream” speech the most significant speech of that century. In 2013 Jon Meacham wrote in Time magazine: “With a single phrase, Martin Luther King, Jr. joined Jefferson and Lincoln in the ranks of men who’ve shaped modern America. (Homiletics magazine, January, 2018, pg. 25)

When you listen to King’s words and read them you realize that his speech was infused with the idealism of this country and the passion of his Christian faith. The preacher proclaims God’s Word in declaring all people equal in sharing a dream that is as old as the Old Testament prophets and as relevant today 54 years later as we still desperately need Dr. Martin Luther King, Jr.’s dream to be realized.

It seems to me that the Word of the Lord is rare in these days too. Evangelicals in Alabama nod approval of former Judge Ray Moore, turning a blind eye to his infidelities and hate speech. In a meeting at the White House this past week the President of the United States was heard to utter racist words disparaging people from African and Caribbean Nations as inferior to those from Nordic nations. Tax cuts favor the rich over the poor. Health care to the nation’s most vulnerable citizens is under constant threat of repeal and dilution. Conservatives and liberals, blue states and red states, Democrats and Republicans have difficulty talking to one another. The idea of different sides cooperating or compromising to reach common goals is taboo. State voting districts are gerrymandered into strange configurations on a map that make no sense at all other than the one purpose of keeping the party on power on top. In every agency where laws protect the poor, the weak, the vulnerable and average citizens, new regulations are being written to the benefit of corporate interests by the representatives of those same corporations.

The Word of the Lord may be rare in these days, but for those of us who have those Words and still read them in the Bible, they are alive and powerful. We, as Christians, we as church people, we as citizens, need to say anew, “speak Lord for your people are listening.”

For, as Paul told us in 2 Corinthians

So if anyone is in Christ, there is a new creation: everything old has passed away; see, everything has become new! 18All this is from God, who reconciled us to himself through Christ, and has given us the ministry of reconciliation; 19that is, in Christ God was reconciling the world to himself,* not counting their trespasses against them, and entrusting the message of reconciliation to us. 20So we are ambassadors for Christ (2 Corinthians 5:17-20a.)

God in Christ is not dividing or belittling, but reconciling the world and all its peoples with all their differences and all their hurts. And he has given you and me the ministry of reconciliation.

As Jesus stood up and quoted Isaiah 61:1-3 in his inaugural sermon at his home town Synagogue in Nazareth of Galilee, we who wear “what would Jesus do?” bracelets should likewise proclaim:

The Spirit of the Lord is upon me, because he has anointed me to bring good news to the poor. He has sent me to proclaim release to the captives and recovery of sight to the blind, to let the oppressed go free, to proclaim the year of the Lord’s favor’ (Luke 4:18-19)

As the Psalmist prayed,

O Lord, you will hear the desire of the meek; you will strengthen their heart, you will incline your ear to do justice for the orphan and the oppressed, so that those from earth may strike terror no more. (Psalm 10:17-18)

We should look for what God is up to in the work of advocacy for those same orphaned and oppressed today. What about the dreamers, those young people who have been in this country since they were little children, but as young adults know no other country or any other life than this one, who are threatened with deportation?

John the Divine pictures the ultimate goal of God’s Kingdom to be the healing of the nations. He gives us this beautiful word picture in the very last chapter in the Bible:

Then the angel showed me the river of the water of life, bright as crystal, flowing from the throne of God and of the Lamb through the middle of the street of the city. On either side of the river is the tree of life with its twelve kinds of fruit, producing its fruit in each month; and the leaves of the tree are for the healing of the nations. (Revelation 22:1-2)

The Word of the Lord is there for us to mark and read and inwardly digest and, more importantly, to live. “Speak Lord, for your servants are listening.” The Bible of justice, of love, of integrity, of reconciliation, where the weak are raised up and the hope of the poor is not to be extinguished, still speaks today, even if his Word seems rare. We need to read it and dream it and live it. “Speak Lord, for your servants are listening.”